Hunt, survive, build and lead in the harsh Middle Ages: Create your own Medieval Dynasty and ensure its long-lasting prosperity or die trying!

Madrid, Spain <October 3, 2022> We’re going back to the Middle Ages! In collaboration with Merge Games, we present the physical edition of Medieval Dynasty for PlayStation 5 and Xbox Series X on November 18.

Europe in the Middle Ages – Nobles and clerics rule, and trade between nations brings prosperity as well as envy, mistrust, and greed. Military conflict is everywhere and entire continents are changing.

In Medieval Dynasty, you take on the role of a young man who has fled from war and wants to take his fate into his own hands. From being alone, inexperienced and poor you will develop into a master of many skills, a leader of your community and the founder of a prosperous dynasty which is meant to last and prosper for generations to come. 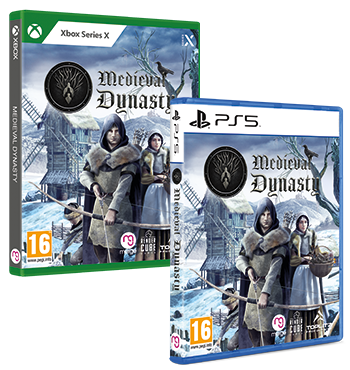