The story begins! Far Away starts its Kickstarter campaign with a Physical Edition! 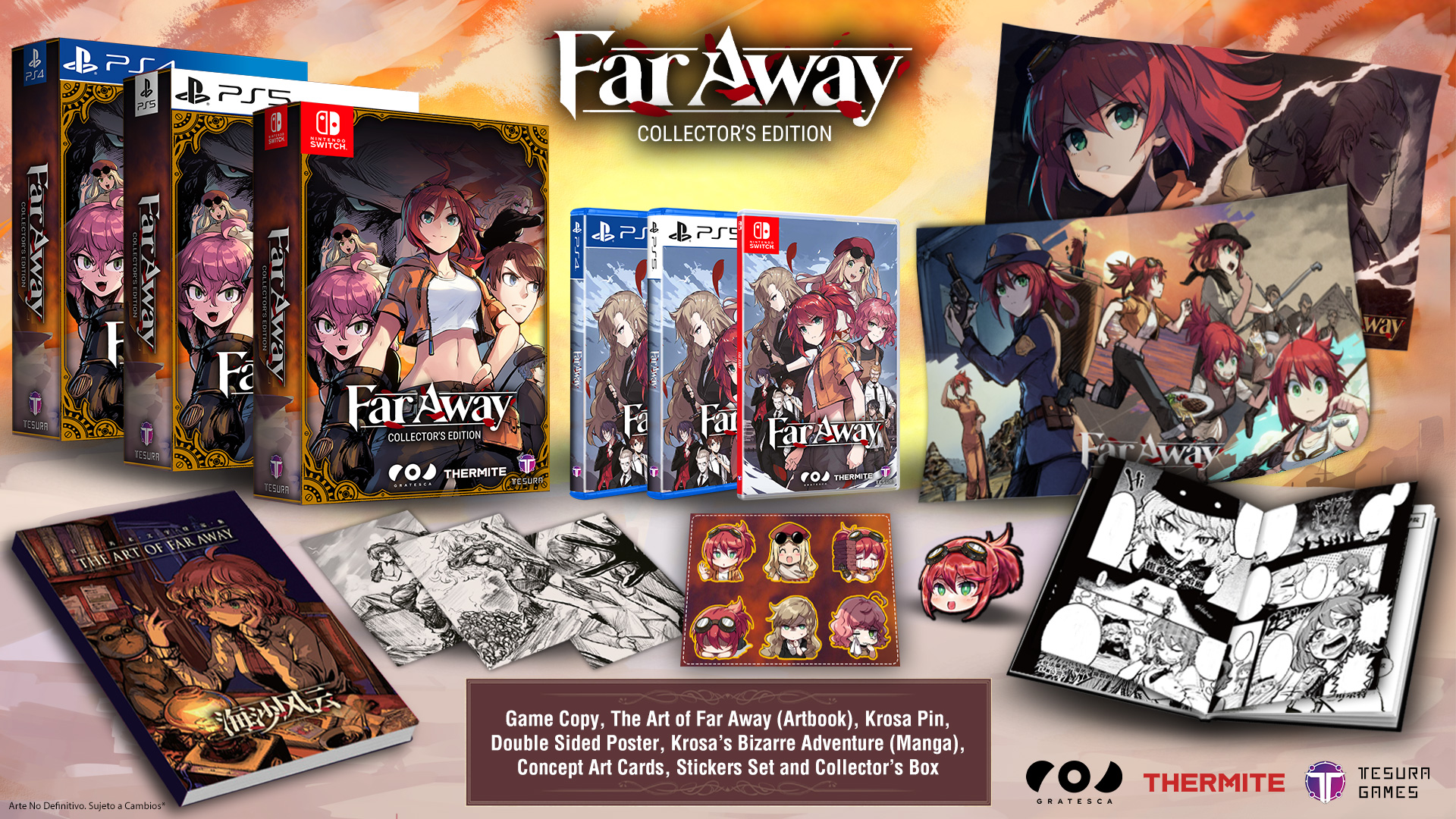 Madrid, Spain <13th of October, 2022> Let’s embark on a new adventure! Along with the publisher Thermite Games, from Tesura we are delighted to announce a new collaboration to fully support the kickstarter campaign of Far Away, a visual novel full of passion. Backers will have the opportunity to support the game and get a physical copy of the game for PlayStation 4, PlayStation 5 and Nintendo Switch in two editions, Standard and Collectors.

Far Away is a visual novel full of dark humor depicting immersive storylines rather than romantic drama. You will play as Krosa, a typical girl who experiences gang conflicts, crimes, conspiracies, and family grudges in the port city of Bedjan.

Many years later, Krosa still recalls that morning in the Bedjan Harbor—The cold and fishy sea mist dispersed, steamboat bellowing at a great distance. She put on her mechanical arms and began a typical day as a docker. However, she never imagined her life would completely change on that day…

Twenty years have passed since the last war grinded to a halt in Bedjan. The city has seemingly retrieved a sense of peace and stability. However, an unsettling current is sweeping through the city. Chaos and a horrible scheme begins to brew in the “underworld.” Krosa, as merely a common Bedjan citizen, can you frustrate the scheme? How will you change this city?

Ankora & Deiland by Chibig Studio will get a physical edition in 2023!