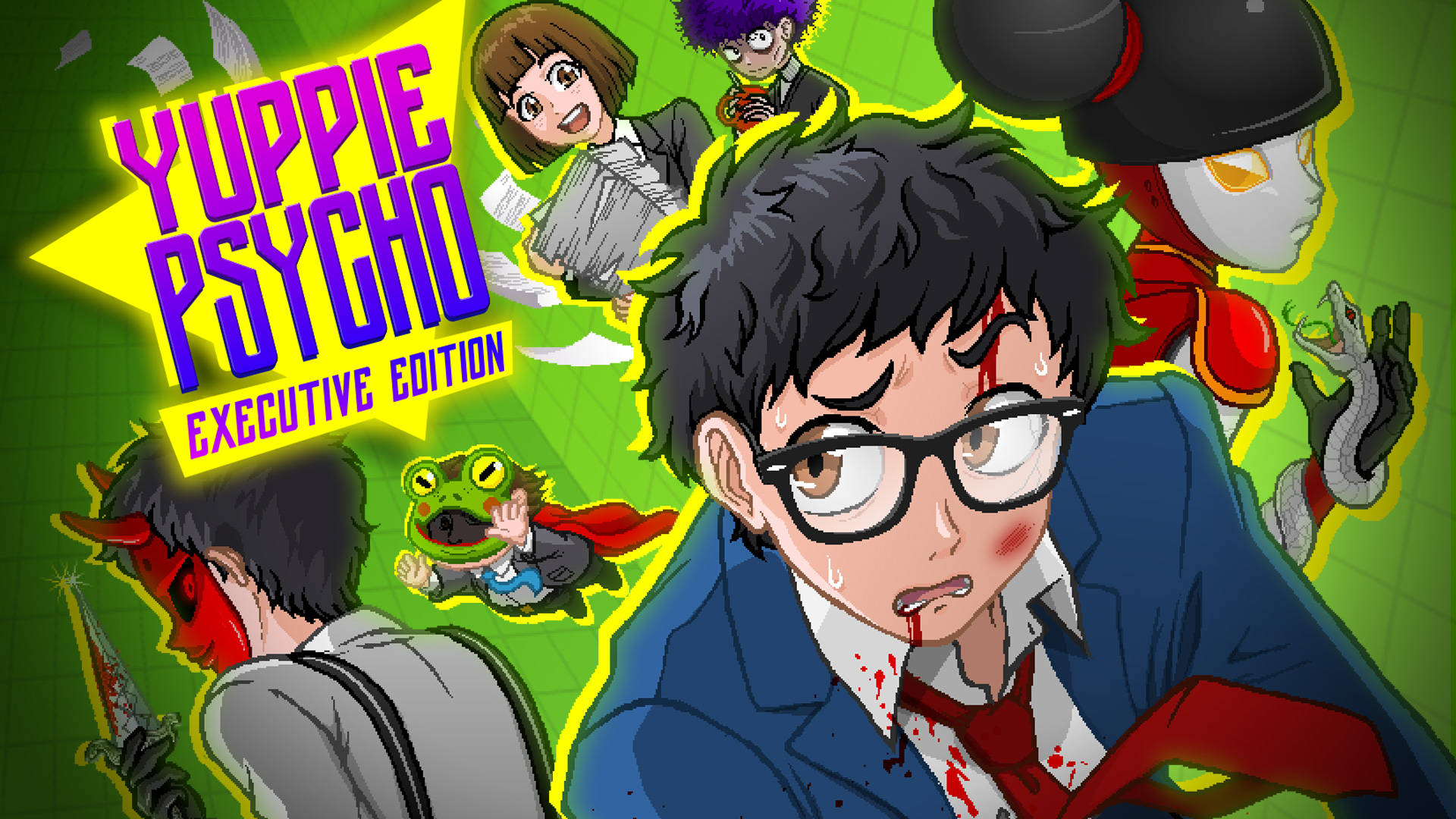 Welcome to the office, Mr. Pasternack!

Madrid, Spain <24th of March, 2022> Join Brian Pasternack this Summer for the very first time in physical format! Born from the collaboration between the indie studio Baroque Decay and the publishers Neon Doctrine and Tesura Games, Yuppie Psycho physical edition will be real for Nintendo Switch and PlayStation 4 in two editions, Executive and Collector’s, this Summer.

Moreover, both versions are fully updated to the Executive Edition, including the base game plus all DLCs!

Join Brian Pasternack, a young man with no future in a dystopian 90s society, on his first day at one of the world’s largest companies, Sintracorp. Uncertain, unprepared, and massively unqualified, will Pasternack have what it takes to shine in Sintracorp’s hierarchy? It all depends on how he performs on his first assignment… and whether he survives it. 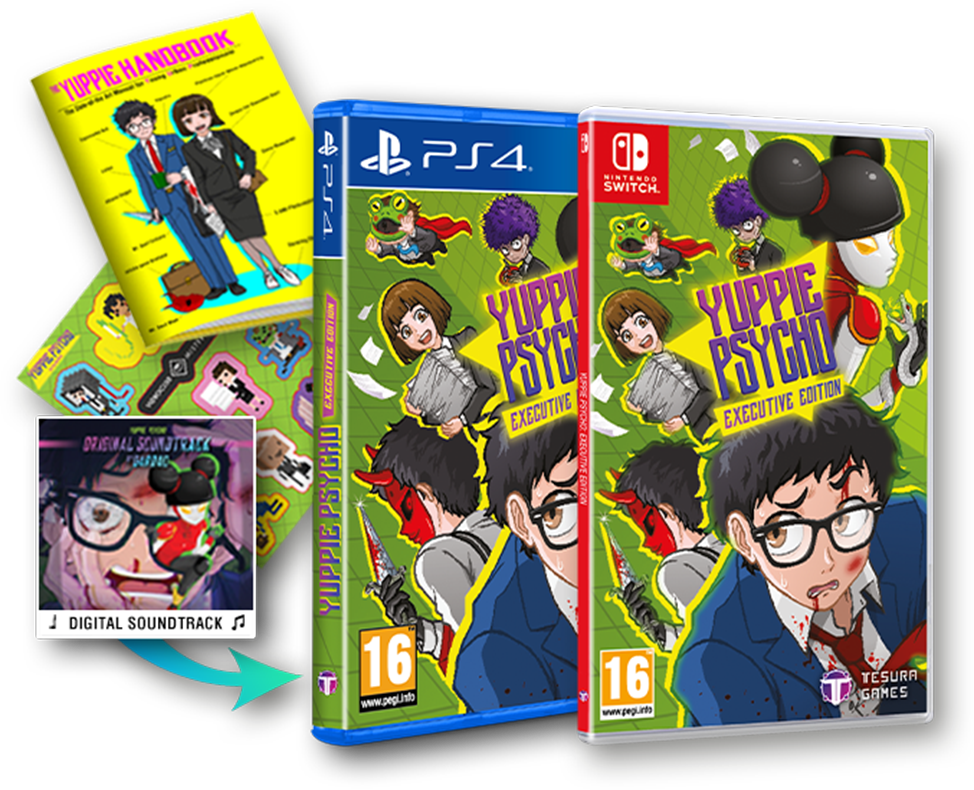 During his unconventional employee orientation, Pasternack discovers what his new job really entails: hunting a “witch” whose powers made the success of the corporation possible in the first place, but who now seems to have returned to torment its employees. Brian will meet all kinds of odd characters, escape from terrible creatures, and unravel the hidden secrets of Sintracorp’s dark past. 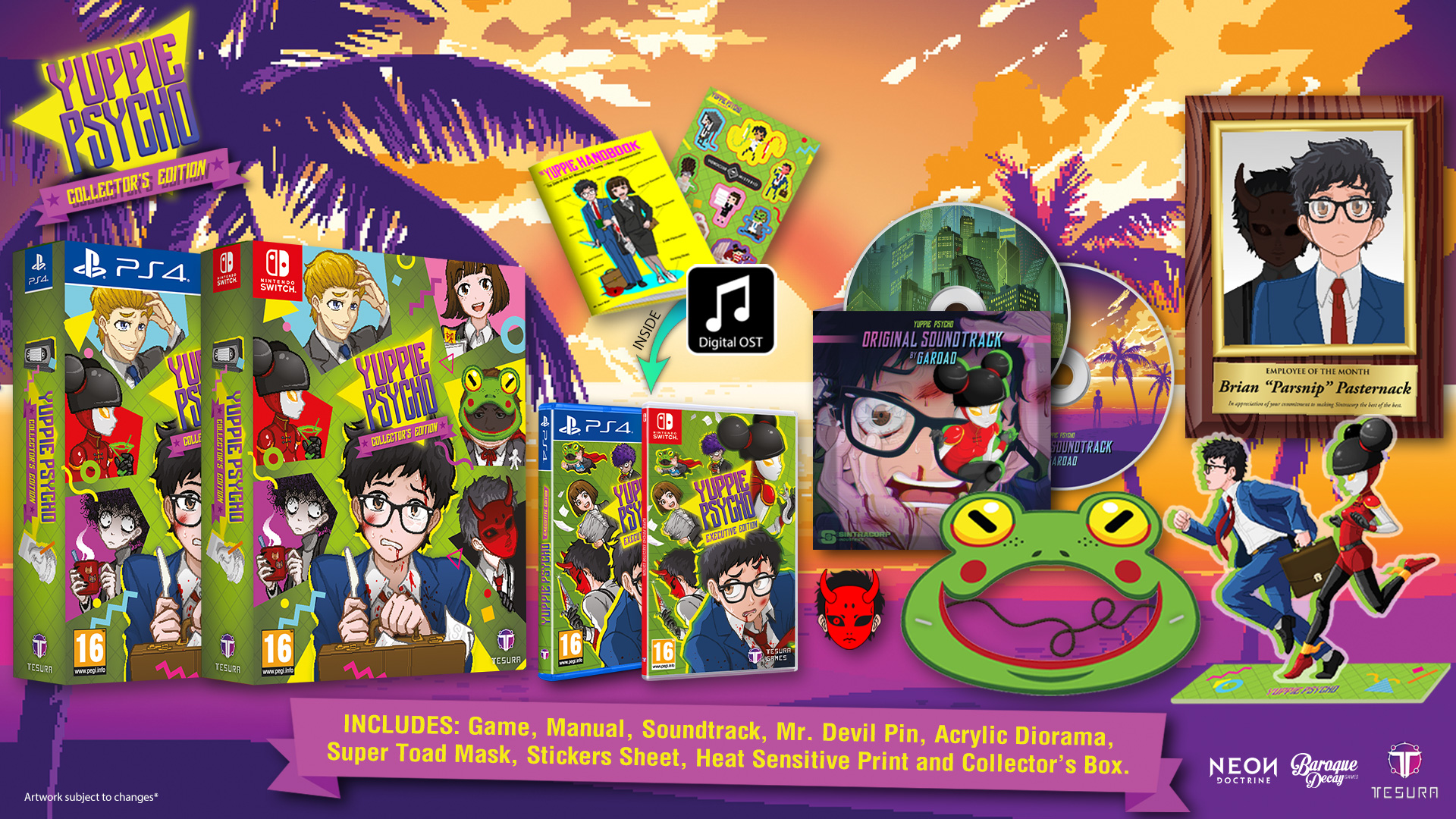 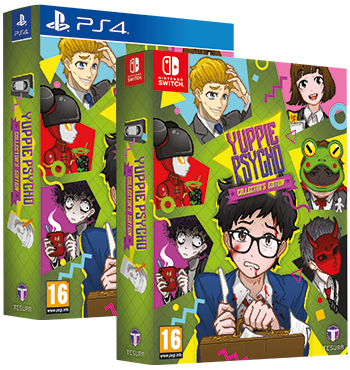 Tesura joins Grimorio of Games to bring the physical editions of Sword of the Necromancer: Revenant on Kickstarter!

Ankora & Deiland by Chibig Studio will get a physical edition in 2023!